An IRD is not a mortgage penalty

Adjustable Rate Mortgages are mortgages where the lender adjusts the interest rate each month or at an interval agreed upon by lender and borrower. If rates go down the borrower enjoys the benefits of paying less interest plus paying more off the balance providing the payment remains the same. If rates increase the lender enjoys the benefit of more interest at the expense of the borrower. This type of loan can be be a blessing and a curse. It is a fair gesture by a lender however verifying the balance owing at any time is extremely difficult unless the borrower has the appropriate financial software, such as MORTGAGE2 PRO.

Adjustable rate mortgages can yield tremendous savings to borrowers but the chore of verifying the changing amortization schedule can be overwhelming to a novice who is unfamiliar with amortization schedules. Some lenders will change the rate every month and leave the payment constant. Some lenders will recalculate the payment each month based upon the new rate and this type of ARM is very time consuming. It has been estimated that in North America, Billions of dollars each year in excessive interest is paid to lenders that make errors calculating ARMs. An added problem is, if the errors are at the beginning of the schedule they compound themselves throughout the entire schedule. Unless you verify the calculations you will never know.

The changing rates can be simply typed directly into the amortization SPREADSHEET (yellow column) and the entire schedule is instantly recalculated, as in the example below. 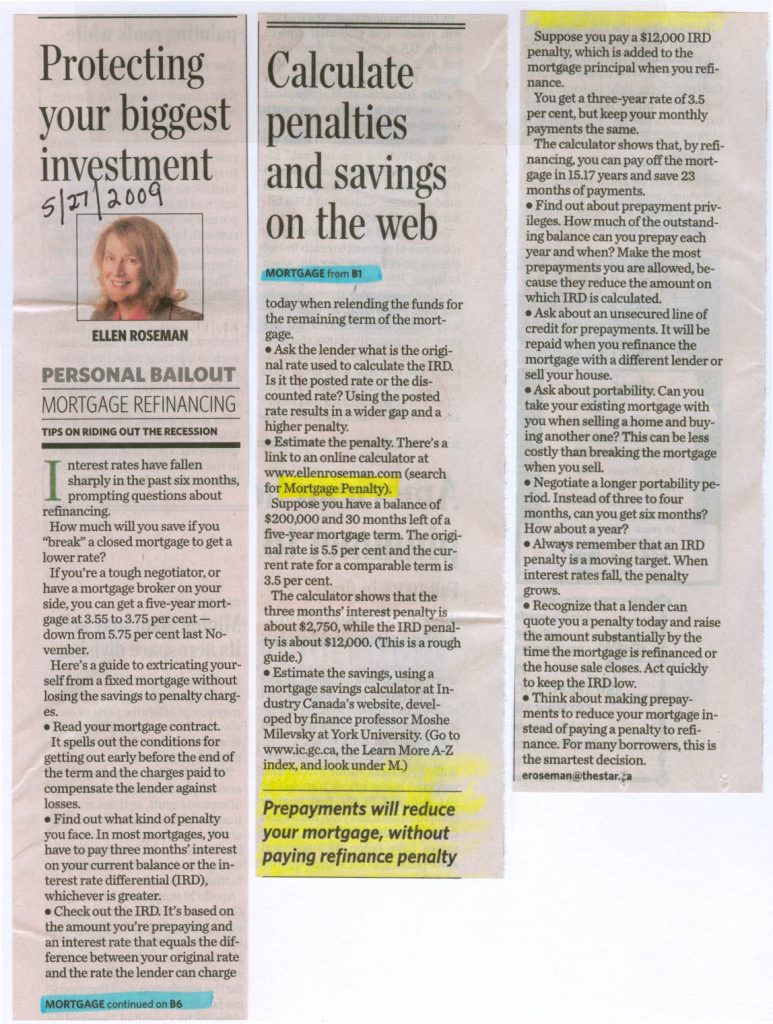 To use the newspaper example, the correct IRD should be $9,169.08 not the “about $12,000” as mentioned in the article. If the correct IRD is added to the $200,000 balance and the lower rate of 3.5% is used for the next 30 months (instead of the 5.5%) using the same monthly payments,  the outstanding balance at the end of 30 months is the same (within 11 cents) which is what the IRD is intended to achieve. It is interesting to note that the IRD calculation is really nothing more than a mortgage discount calculation that virtually every registered professional mortgage broker knows how to perform!

An amortization period of 25 years was used as a basis in arriving at $9,169.08,  however the $12,000 IRD from the Federal government’s web site is incorrect no matter what amortization period is chosen. If 35 years had been used the correct IRD would be $9,277 and if 15 years had been used the correct IRD would have been $8,884. The point I am trying to emphasize is Canadians should expect a standard method for calculating the IRD. If the Federal and/or Provincial governments are going to provide financial standards then they should get it right and be consistent on “help” websites and legislation! Anyone using that government calculator and its approximate numbers would be out by approximately $2831 which is a significant amount of money. An error of  five  or ten dollars, on a $200,000 mortgage I can live with but not $2831. Too many chefs spoil the broth, does come to mind! 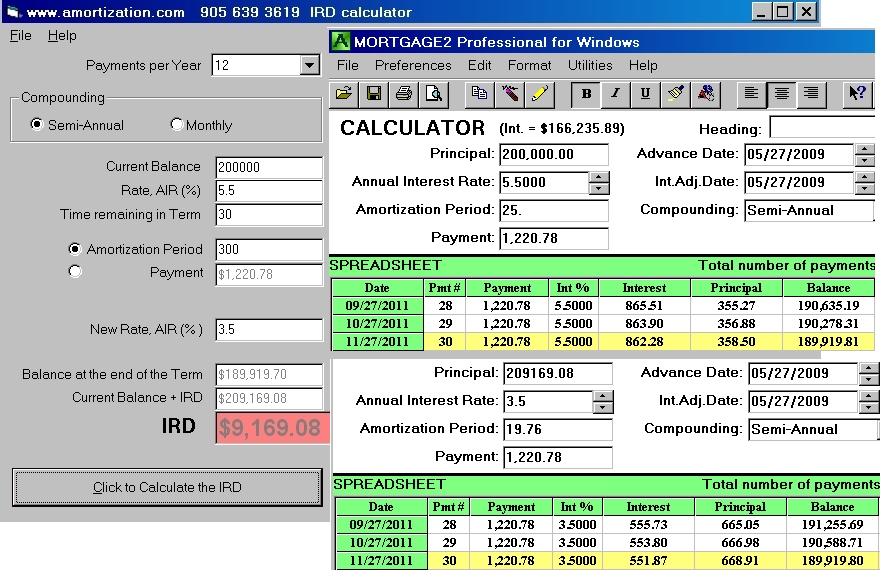